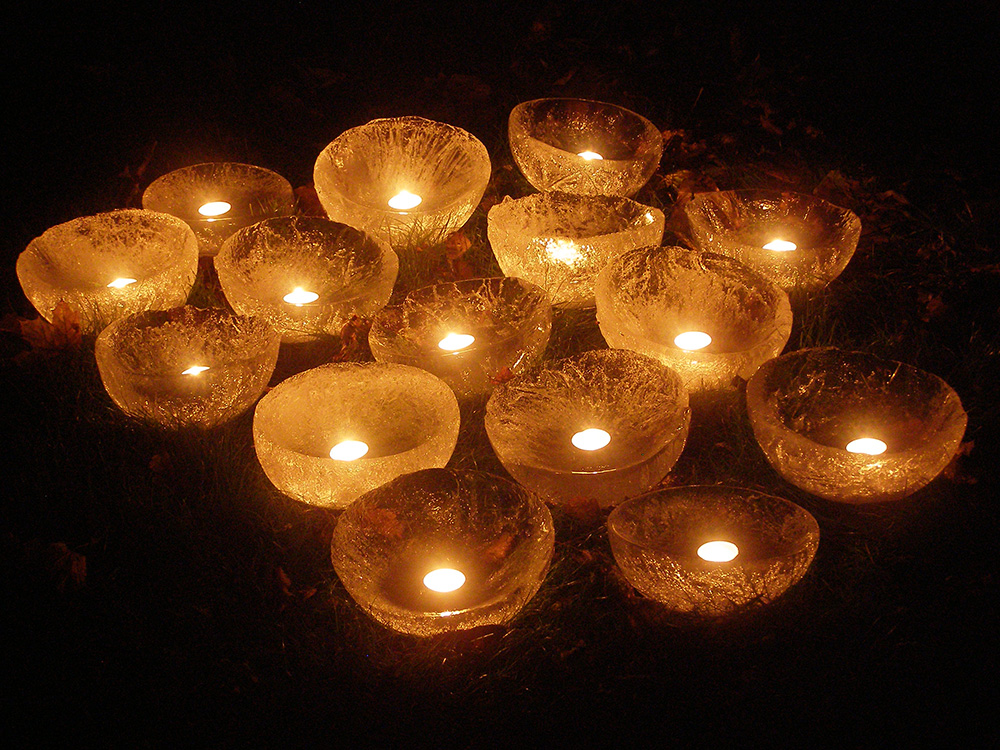 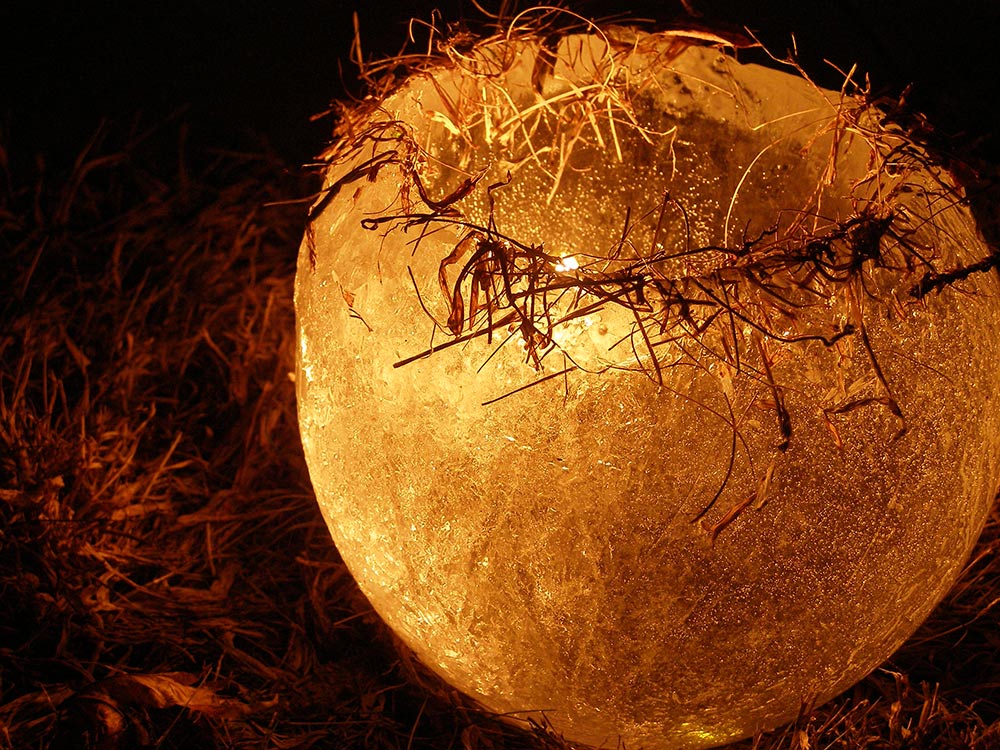 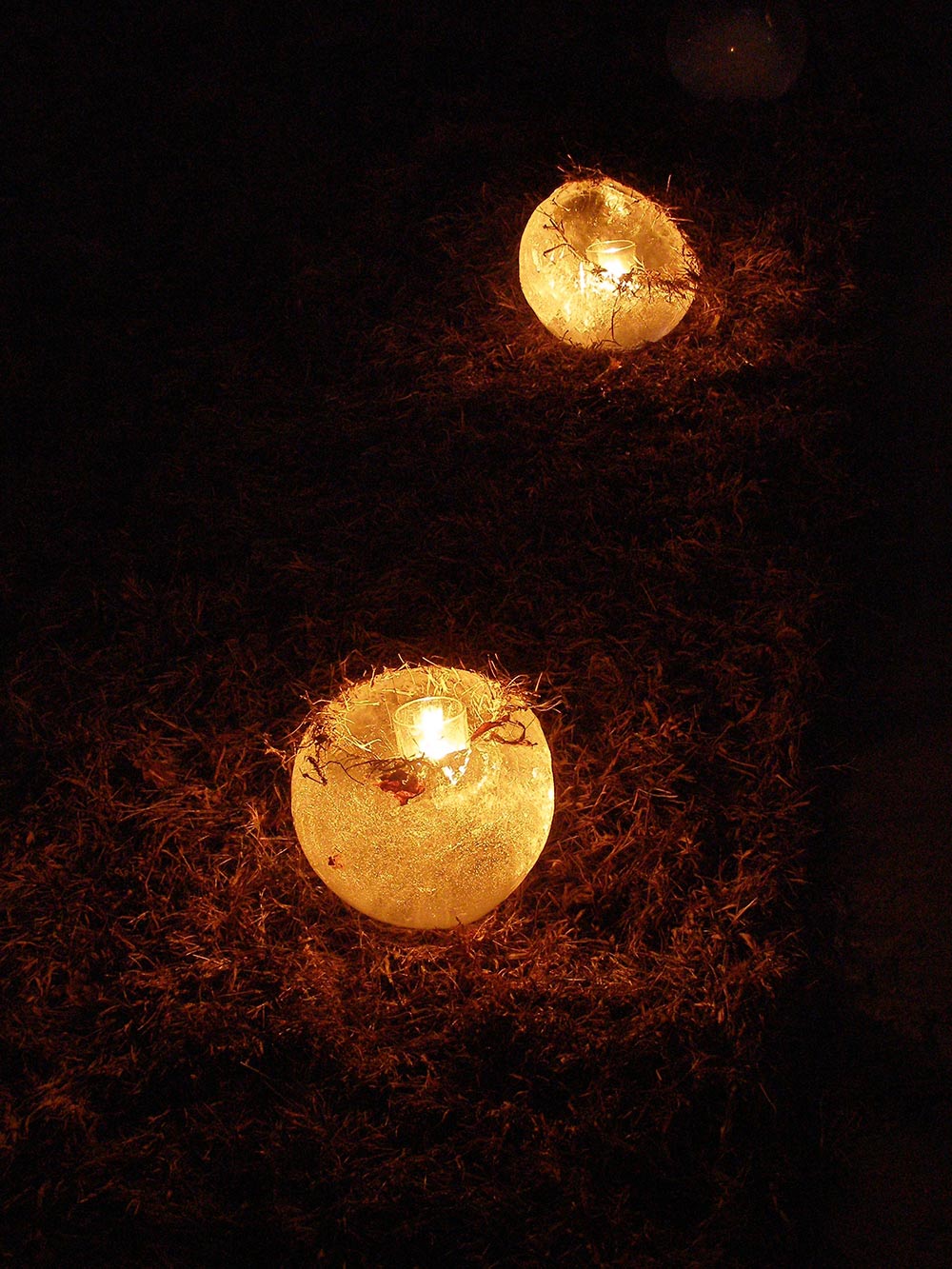 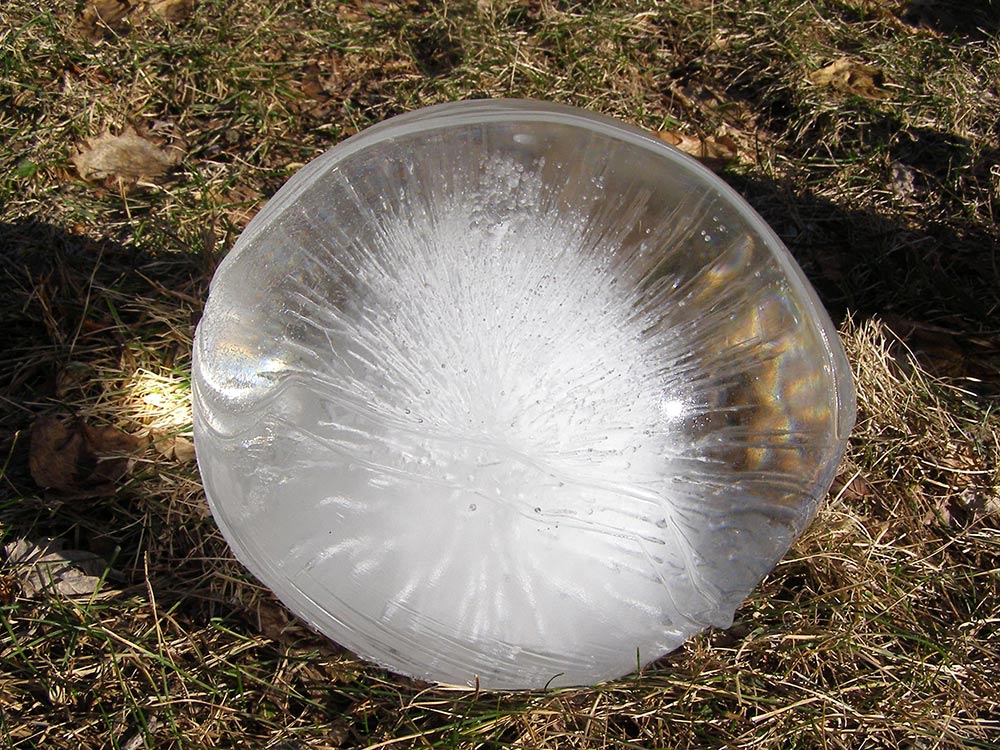 At one time PInterest and Facebook were flooded with images and videos of bowling ball size ice balls. Fantastic patterns radiated from the center, and the colors were beautiful. The ice balls were made by filling water balloons, adding to each a couple drops of food coloring, and leaving them in freezing temperatures for several days. I had to try it.

When the weather turned colder here, I bought some balloons. Water balloons the size I wanted weren’t available so I just bought regular balloons. I also didn’t have any food coloring, so I skipped that, too. When the weather was well below freezing, I filled the balloons inside and carried them outside, setting them on the grass. A couple of days later the balloons began to tear and like an egg opening, an ice sculpture emerged.

Above are photos of some of my best results. In 2017 the bowls melted the same day. In 2015 they lasted a few days.