It was the Rockwell Kent Exhibit at the Hyde Collection that brought us to Glens Falls. The planning started as a day trip, but that all changed when, in researching lunch options near the museum, we learned about the Queensbury Hotel. According to their website, the hotel was built in 1926, features a huge lobby with fireplace, a fine dining restaurant, pub, and indoor swimming pool. I love big old hotels, so we decided to make a night of it. 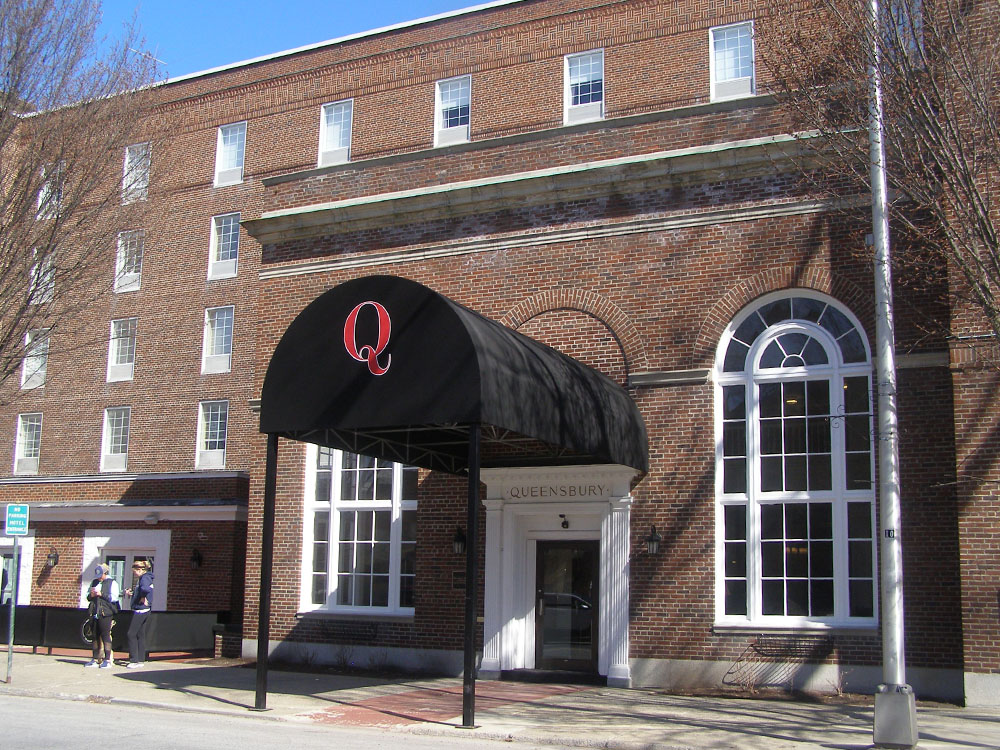 There are two main entrances into the Queensbury Hotel, one across from the Glens Falls City Park, and the other, a tour bus entrance, from the parking lot in the back. Our rate for one night was an online special: $205 for a queen room with $10 voucher for breakfast. Check in was 4:00pm, but we arrived several hours early. What a surprise to find that our room was ready!

We were given a local map at check in, and Google Maps confirmed that the walk was less than a mile from the hotel to the Hyde Collection. After dropping our overnight bags in the room, we headed out. The area near the hotel is nice. It’s a proper upstate New York small-city downtown with several restaurants and shops. The rest of the walk, however, wasn’t the picturesque stroll we had imagined. This city lot, below, is an example. 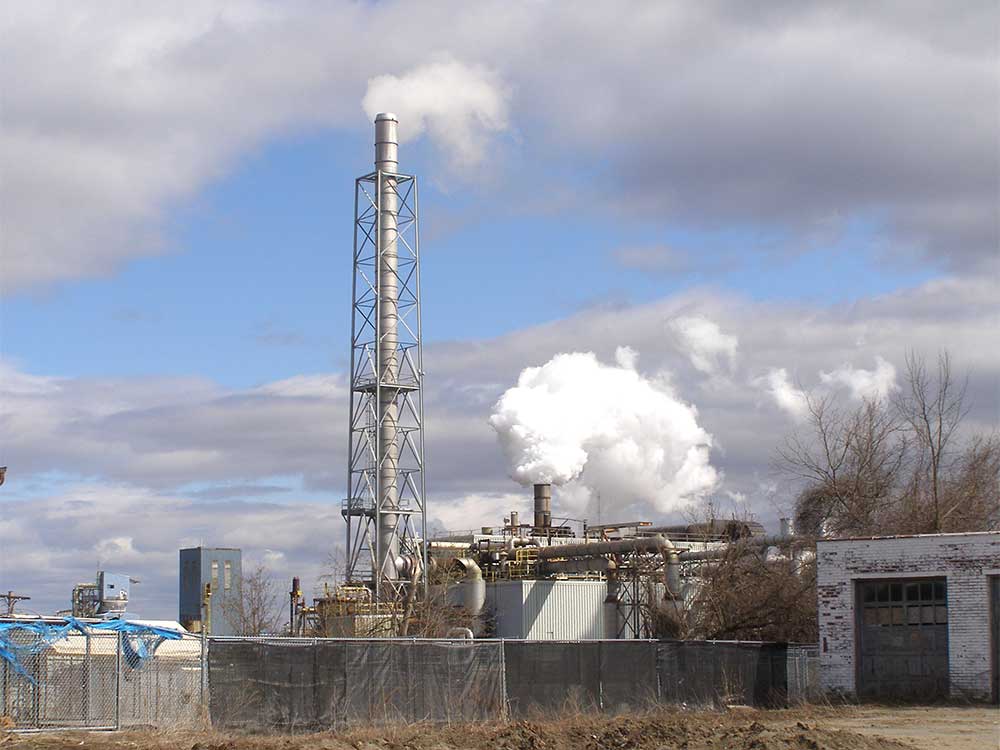 But we were happy to be out, walking around, not in a car or sitting in traffic. We spent several hours viewing the permanent collection, as well as the Rockwell Kent exhibit. Being a Friday afternoon, the crowds were thin, and it was easy to spend as much time as we needed at any one piece of art. We even had our own private tour with a docent who added much to the experience.

Back at the hotel, we decided to swim before heading out again to explore the town. Finding the pool was a challenge, but eventually we did it, and we had a relaxing swim and soak.

On our way out again, a small jazz band was performing in the corner of the lobby near the fireplace. Well-dressed couples holding cocktails and seated on couches, chairs and benches happily gabbed and listened to the music.

The lobby of the hotel is certainly the jewel. A recent renovation uncovered the original terrazzo floor beneath old carpeting. The floor is stunning. Light streams in through huge, arched south and west facing windows, and a large fireplace occupies one wall. At the front of the lobby the ceiling is two stories high, beyond is the open mezzanine. A brass chandelier, original to the hotel, soars above and a mural depicting a scene from The Last of the Mohicans by James Fenimore Cooper hangs above the fireplace.

Taken in by the ambiance, we opted to have a cocktail at the bar. Surprise! “The Happy Hour Special today is half off martinis.”

After dinner at Siam Thai, we headed back to the hotel for a drink at Fenimore’s before bed. We each ordered a beer and found a table against the wall, not far from the small stage in the corner where a band was setting up. It was a father-son duo. They were enjoyable and the crowd, clearly a mix of locals and out-of-towners, was appreciative. After being a little perplexed by the attire of some of the patrons, we learned that there was a Steamposium (a convention for steam punk enthusiasts) going on that weekend.

Near the end of the night, the band coaxed a young woman from the audience to sing two songs. The first song was nice, but the second, Zombie by The Cranberries, blew us away. We looked at each other as if to say, “What just happened?” It was the perfect ending to the evening.

The rooms at the Queensbury are a little dated, but we loved it all none-the-less. The hotel was clean and tidy and there is a real sense of history within the walls. You can see that parts have been recently renovated, and the renovations continue. The Queensbury, like the best big old hotels, has architectural features made with high-end materials that you just don’t see in new construction. I like to imagine the true craftsmen who laid the tile, hammered the wood, and poured the floors.

There’s something about upstate New York that I find charming. Sometimes you have to look a little harder to find the quaint corners, but they’re there and Glens Falls is no exception. The Queensbury Hotel is clearly the jewel of the city, and I, for one, look forward to returning.