Monticello, Poplar Forest and the University of Virginia

Our country is ripe with fascinating destinations for American history buffs. There are museums and historical sites for just about every event that you can imagine: from the Civil War to the Civil Rights Movement to 9/11. However, if Thomas Jefferson is your particular subject of interest, there’s only one place to start: Charlottesville, Virginia.

In Charlottesville you’ll find Monticello, Jefferson’s primary home for well over 50 years. The University of Virginia, which Jefferson founded and designed, is also in Charlottesville. An hour and a half southwest of Monticello is Poplar Forest, a private retreat and plantation that he designed and worked on later in his life.

Thomas Jefferson is well-known as the principal author of the Declaration of Independence and third president of the United States. He was also governor of Virginia, Minister to France, and the nation’s first Secretary of State. The purchase of the Louisiana Territory is considered one of his most important achievements, as was his appointment of Lewis and Clark to explore and map the newly acquired territory. Jefferson’s belief in the importance of education of the common man led to his founding of the University of Virginia.

Even with all his achievements and accomplishments in the political realm, Jefferson did not consider himself a politician. Instead, he thought of himself as a scientist, farmer, architect, inventor, and writer. While duty to his country took him away for extended periods, his home and his family were never far from his mind. 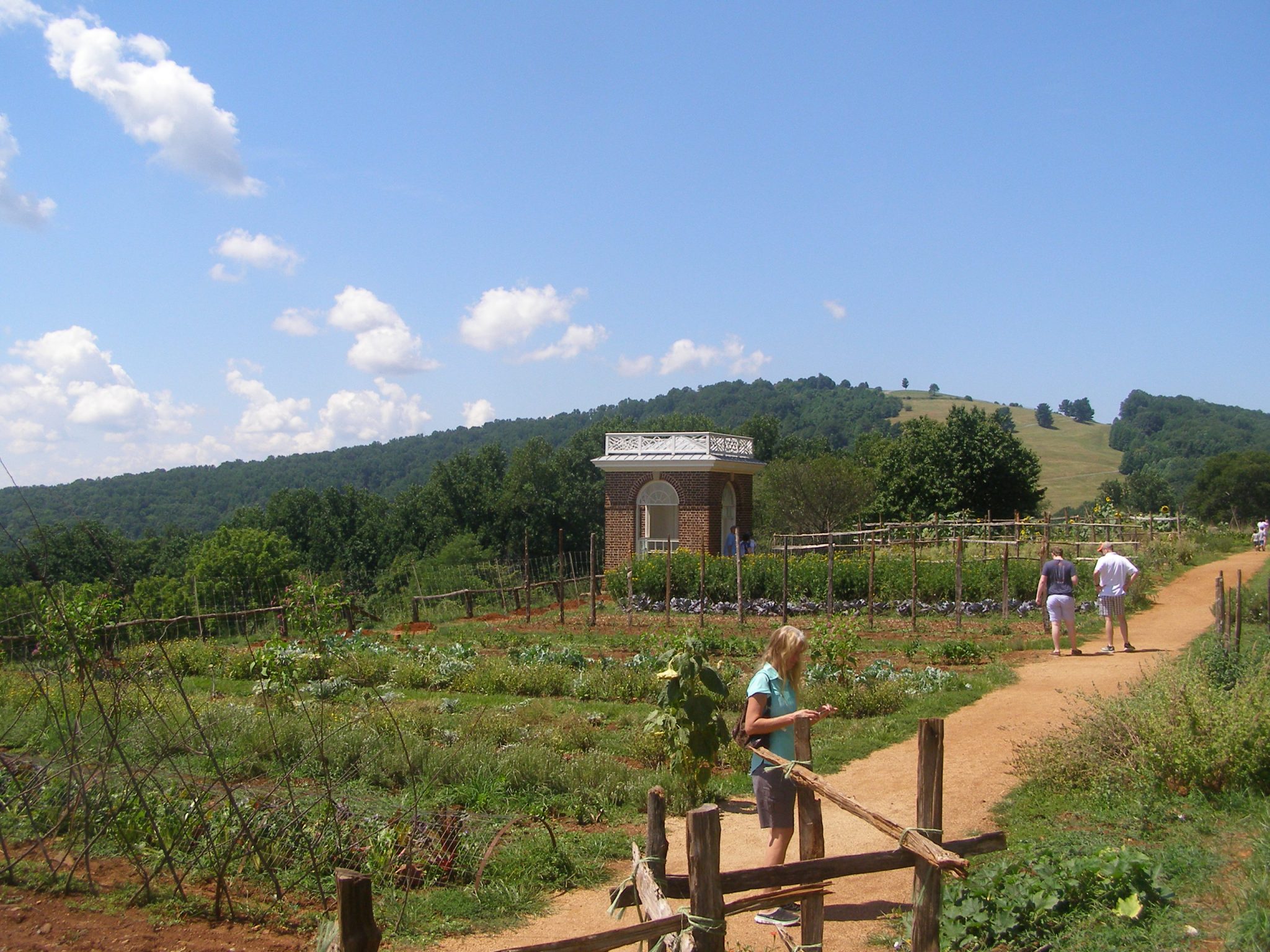 Monticello is more than just a home. It is the material culmination of Jefferson’s life, loves and passions. He lived on the property, which sits at the top of Brown Mountain in the Carters Mountain range, constantly changing and improving the buildings, grounds and gardens, incorporating touches of Italian and Parisian architectural styles.

To visit, timed tickets are required and best purchased online, no later than one day ahead. The parking lot, a gift shop and café sit below the main property. A shuttle takes each group up to the main house. Alternatively, there is a path that meanders up the hill, passing through a small family cemetery and past Jefferson’s grave. The walk is paved but steep.

You choose the pace and order of your visit. A Day Pass includes three guided tours: The House Tour, The Gardens and Grounds Tour, and Slavery at Monticello. Self-guided tours explore recent restorations of terraces, cellars, slave quarters, and utility structures. In addition to the tours, there is a small gift shop and snacks are available.

On our trip, we took the bus up the mountain and walked down the path on the return. We toured the house first, followed by the grounds and garden, and finally went on the Slavery at Monticello tour. Each was comprehensive and worthwhile.

The House Tour covered the ground floor of the 33-room main structure and lasted about 40 minutes. It provided a good summary of Jefferson’s life, and served as a foundation for the rest of our time at Monticello. We learned about daily life in the period spanning 1768-1826, as well as more personal stories about the people who lived there and about those who were frequent visitors. Our docent was affable and knowledgable. She clearly relished the opportunity to share her love for this complicated subject and was open to our questions.

The Grounds and Garden Tour

Jefferson’s intense interest in agriculture and botany are evident throughout Monticello’s grounds and gardens. The West Lawn includes a winding walk bordered by annuals and perennials and twenty oval flower beds. Plants include some collected by Lewis and Clark and some he collected on his travels to Europe. Adjacent to the West Lawn is an eighteen-acre grove and an ornamental forest modeled on the English open grounds. The gardens also include orchards, a vineyard, and berry bushes. But the vegetable garden is  the show stopper. Terraced to prevent erosion, the 1,000-foot garden is planted in geometric beds. As is true of so much of Jefferson’s work, the gardens are both productive and beautiful.

When we first arrived at Monticello, we didn’t know what to expect. We didn’t know how long we’d want to stay, so we did the tours that interested us most first: the House Tour and the Grounds and Gardens Tour. After those two tours, we were ready for more, so we joined the Slavery at Monticello Tour.

This one was quite different from the others. Rather than pointing out specific household items or identifying unusual plants, the tour guide tackled her subject as a discussion. We learned about life as an enslaved person. She told stories about the families that lived and worked at Monticello, and shared more general information about the business of slavery. According to our guide, the Thomas Jefferson Foundation, who own and operate Monticello, was slow in addressing the subject of slavery and Jefferson’s relationship with Sally Hemings in particular. This subject is explained in detail in a recent New York Times article.

In the end, we were happy that we left the Slavery at Monticello Tour for last. After having toured the house, grounds and gardens, after having admired Jefferson’s numerous accomplishments, it was fitting to close the day with a clearer understanding of what life was like for people enslaved there. It is well past time that we recognize their contributions and provide a place of reverence for all that they endured.

Monticello is a UNESCO World Heritage Site. The private, non-profit Thomas Jefferson Foundation controls 1,400 of the original 5,000 acres that Jefferson inherited from his father. 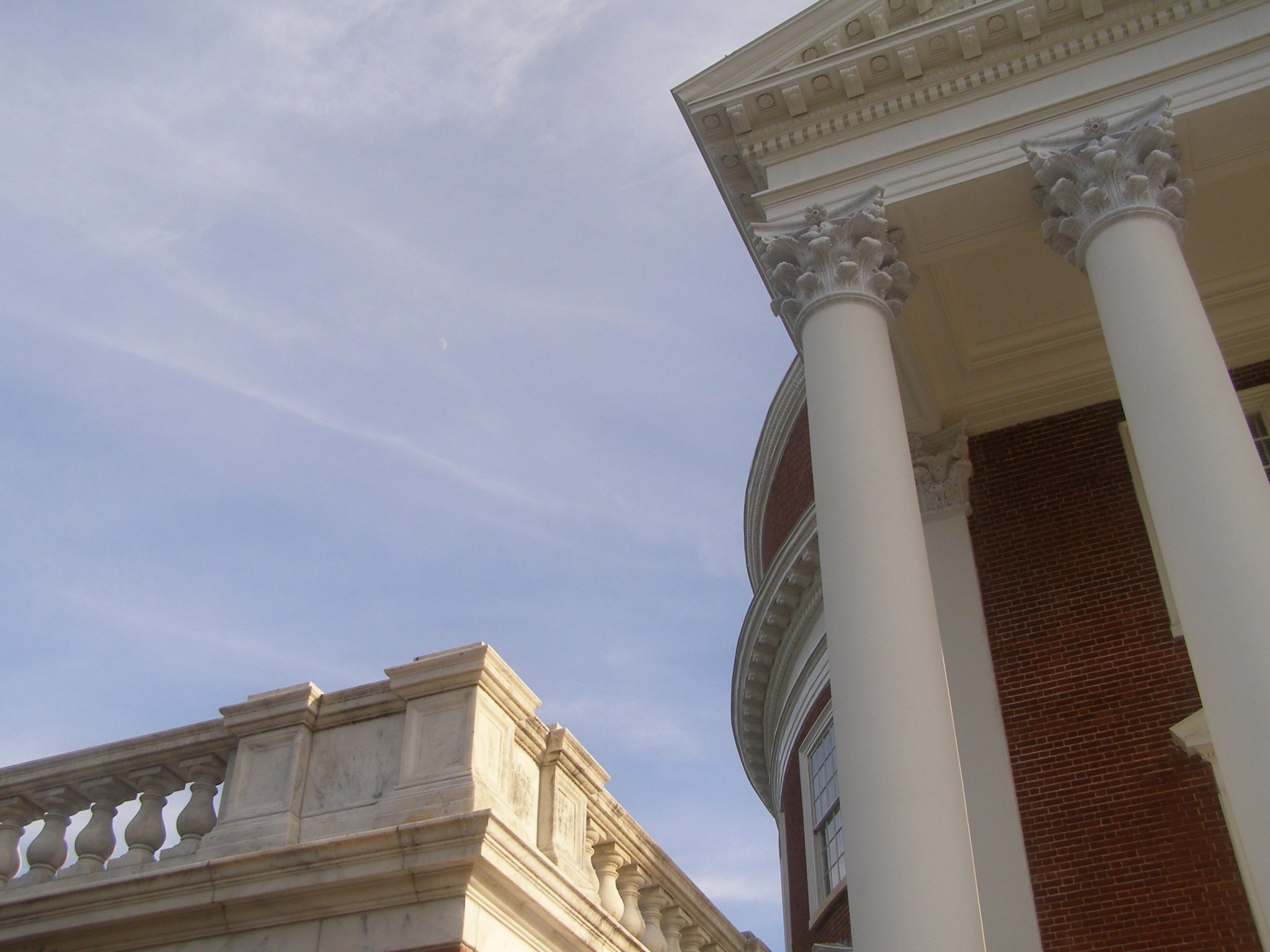 Visiting the University of Virginia

“Thomas Jefferson’s considerable achievements in politics, government and other activities would stand without his ever having designed a building; but alternatively, his architectural accomplishments would be of major interest even if he had done nothing else.”
– University of Virginia website

Jefferson based the design of the University of Virginia on the rules of classical architecture. The Rotunda, which originally housed the library and classrooms, was based on the Pantheon in Rome. It is the most recognizable structure on the campus and is considered to be one of Jefferson’s most important architectural works.

Construction of the U-shaped complex began in 1822, combining all the necessary components of a self-sufficient institution: green space, colonnaded walkways, faculty and student housing, classrooms, a library, and dining halls. While most universities of the time were clustered around a church, Jefferson put the library at the center of his design.

On our visit, we parked on the street, noodled around until we found the main entrance, and simply wandered around. We didn’t spend a lot of time there, yet looking back at my memories of Charlottesvile, the image of the buildings here are the ones I remember most.

For more information about visiting the grounds, visit the University of Virginia website. 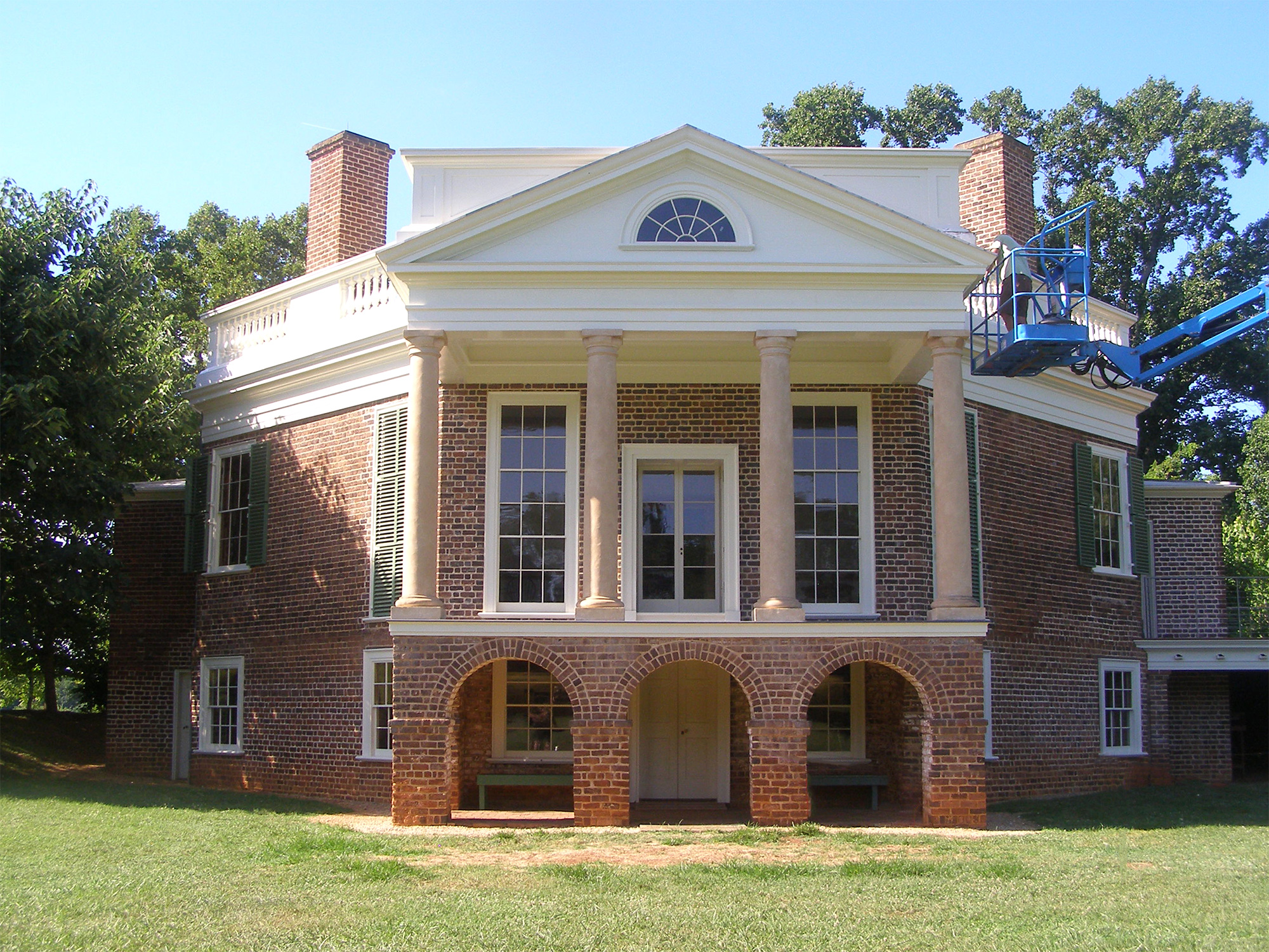 About an hour and half southwest of Monticello is Thomas Jefferson’s private retreat, Poplar Forest. He and his wife inherited the property in 1790 from her father. Busy working on Monticello, it wasn’t until 1810 that he regularly visited the property and began to design the octagonal building.

Poplar Forest was sold after Thomas Jefferson’s death in 1826, It changed hands several times and underwent many alterations. Most notably, a fire in 1845 destroyed much of the structure, leaving only the walls, chimney, and columns in tact. The house was rebuilt, in the Greek Revival style, but several modifications were made.

What I love most about visiting a historical home such as this one is imagining that I am literally walking in the footsteps of the previous inhabitants. I like to imagine that I am looking out through the same glass that Jefferson did, I picture him sitting in that chair and standing at that very telescope. One of the first things we learned on our tour was the extensive renovation that this building has undergone. At first this was crushing news. Was this house but a reproduction?

But the more the tour guide spoke, the more intrigued I became. We learned that a restoration team researched Jefferson’s letters and documents to determine in precise detail how the home looked in his time. Archeological discoveries have uncovered even more clues. The team salvages, saves and restores what they can. Craftsmen reconstruct the rest using only the technologies of the time. Using hand-tools from the early nineteenth century, they make moldings, window glass, plaster, and even bricks.

The final feature of Jefferson’s Poplar Forest are the grounds. True to the Palladian concept that Jefferson so admired, the landscape of the property surrounding the home plays a major role in the design. Our guide explained that Jefferson used landscape elements such as manmade hills and carefully place trees to mimic the wings and pavilions of Andrea Palladio’s five-part architectural plan.